A History
of Innovation

From Roger Steele’s post-war laboratory in the basement of a suburban home to the production of the lunar struts of the Apollo 11 lunar landing module, Hexcel has been synonymous with innovation throughout its history. Hexcel was ready when the defense aerospace industry needed strong lightweight materials in 1946, and our company remains a leader in delivering innovative advanced composite solutions to our customers.

The House That Berkeley Built

The company that came to be known as Hexcel was born and raised in the San Francisco Bay area of Northern California, nurtured by a band of fraternity brothers from the University of California at Berkeley. The bonds that joined Hexcel’s co-founders – Roger C. Steele and Roscoe T. "Bud" Hughes – were forged on the football fields of Piedmont High School and were reinforced by their stints in the Navy together during World War II. From football contests to fraternity rites to fighting for their country, it’s little wonder that Hexcel demonstrated remarkable cohesion during its early years.

Indeed, the pioneering spirit and sheer persistence that have always epitomized Hexcel – or, as it was first known, California Reinforced Plastics – were the very qualities that distinguished its early leaders -- Roger Steele (1920-2014), Bud Hughes (1920-86), Paul V. Ammen (1920-81), Ken Holland and Ed Rule (1918-2011).  As Hexcel’s first management team, these veterans from the Bay area possessed a fortuitously well-matched and diversified set of talents. Steele furnished the visionary spirit and the unrelenting conviction that “honeycomb was and is the most efficient structure that man will ever achieve.” Bud housed and helped finance this vision and brought extraordinary sales skills to the task of purveying Roger’s inventions. “Bud could sell ice to the Eskimos,” Roger said.

Paul, the one member who did not attend Berkeley or study engineering, served as chief financial officer, having secured an economics degree from Stanford. A friend from Piedmont High, Paul arrived in 1948, and none too soon. “I used to go to the bank every Friday to borrow money against receivables to keep the payroll checks from bouncing,” Roger said. In addition to his economics background, Paul brought the good faith and financial skills of his mother, Vera, who financed many of Hexcel’s first offices.

Ken Holland, a fraternity brother of Roger, joined the company in 1948 with Paul, bringing with him a chemist’s expertise in resin and adhesive technology. That expertise quickly proved invaluable as Roger contended with the challenges of manufacturing fiberglass honeycomb for the company’s first contract with the military.

Finally, Hexcel secured the managerial and production talents of Ed Rule, “the backbone of Hexcel for decades,” Roger said. Ed Rule, a late arrival to the inner circle having met Steele after the war, took perhaps the biggest gamble on this fledgling outfit. He left a job as head engineer of an established tool and die company in 1951 to join a company that was operating on a shoestring and struggling to keep up with sales. Rule quickly took over all manufacturing responsibilities, overseeing every aspect of plant construction and production design for the next 30-plus years. When Ed retired, Hexcel had grown into a global company with more than 3,500 employees.

Accelerate Your Career with Hexcel

Hexcel offers job opportunities around the world to the best and brightest minds. 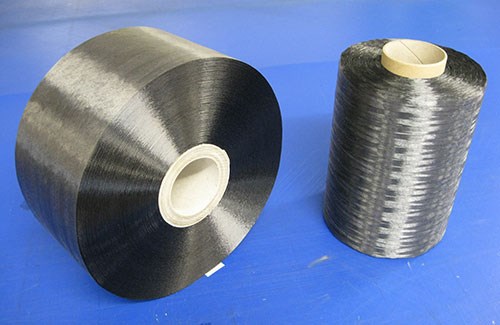